Some of the beautiful creatures in our awe-inspiring state, captured as best I can manage on a smartphone that keeps running out of memory. Hope you enjoy them!

Two young bucks, just getting their antlers in.

A turtle and a monster of a koi carp. 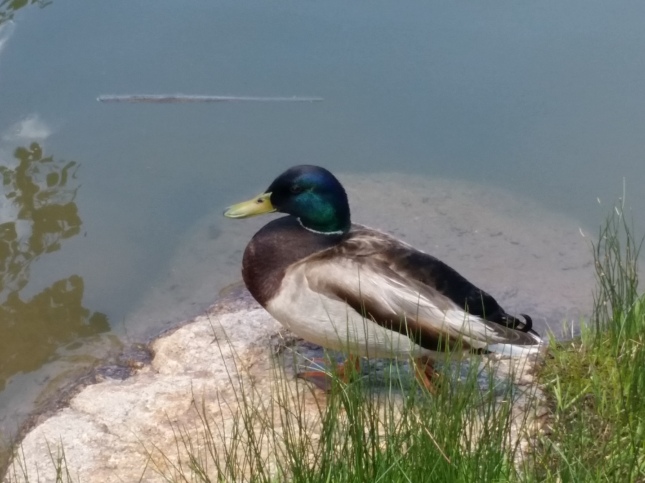 Beautiful mallard duck. He must have been used to humans, because I was able to stand just six feet away.

I’ve been catching myself doing more art involved with The Wolfglen Legacy than actually writing it. I’m going to make myself write more than draw, but at least I can share what’s been done so far.

Yesterday, author Robert Mullin kindly tagged me in a blog tour going by the name of The Writing Process. I got to know him over Facebook, and he has become a close friend of mine. A writer and adventurer, he is the author of Bid the Gods Arise, an excellent novel that deftly blends science fiction and fantasy. I haven’t finished it yet, but I’m very enthusiastic to read more of his work.

So, here are the tour’s questions:

What am I working on?

My writing projects are currently twofold.

One, of course, is The Wolfglen Legacy, the epic fantasy series I’ve been working on for the better part of a decade. I’ve pitched it, edited it, had friends read parts of it…but then I realized it hadn’t matured quite enough. I need to finally write books 2, 3, and 4 (pieces of each do exist already), so I’ll see if I can finish the first book by summer this year.

My second project is the serialized science fiction thriller Arrivers. The first three installments are on Amazon Kindle for a buck each, and a fourth entry is underway. I’d love to see where this story goes and get a chance to spend more time with Sergeant Tobias, Reverend Rousseau, and the strange woman who calls herself Jezebel.

How does my work differ from others in its genre?

Apart from games like World of Warcraft and Dungeons and Dragons, I don’t know of any epic fantasy that includes dinosaurs. Or elves who wield flintlock pistols, and treat them with the same deep honor and reverence as Samurai treat the katana. Or a villain who appoints himself as rescuer of mankind, who feels going to war is a necessary step to rescuing us from our own flaws and mistakes.

More than that, however, many new fantasy novels wade in moral ambiguity, Game of Thrones style. It makes for frustrating tales that don’t really celebrate or condemn anything. I want to tell stories that have moral complexity. There’s still a difference between right and wrong, even if they can tie knots around each other.

When it came to the Arrivers stories, I grew weary from seeing one science fiction story after another that was overtly materialistic. You know, the stories told by the likes of Ben Bova and Isaac Asimov, that go out of their way to say religious people are morons, science eradicates miracles, and God no longer has a place in the cosmos. So I wanted to write a science fiction story that wasn’t “religious,” but still admitted there’s more to the universe than particles and natural laws.

Why do I write what I do?

If someone tells me I take my writing too seriously, I’ll take it as a complement. 🙂 My goal is to make someone feel like they are peeking through an interdimensional portal, witnessing events in a universe just as real as ours. Neither characters, nor story, nor world will be ready until it seems they’re entirely real. It’s not quite enough for me to try telling “a good story.” That’s the house’s foundation, so to speak.

How does my writing process work?

A few things help the writing process. Coffee with hazelnut creamer, concept art from movies, reading other novels, peace and quiet, and successfully resisting the siren call of Facebook. Still working on that last one….

I’ll often start with an idea and a paragraph or two, and build it up from there. Normally half of my edits happen as I’m writing the “first draft”. Supposedly this is a big no-no for writers, but it’s ended up helping me more and more with my own work.

For passing along this blog tour, I’d like to tag “Zombie Rob” Killam, another close friend of mine with an incredible talent for humor and witty dialogue. His upcoming zombie novel is called Apocalypse Springs.

The second writer I wanted to tag is my friend Joe Dorris, starring on the show Prospectors on the Weather Channel and fellow novelist who just released Salmon River Kid. He even paints his own cover art! How cool is that?

And here’s a third: mother, duchess and epic sci-fi author Ashley Hodges Bazer. I’m grinning at the prospect of reading her tales that encompass many worlds and have the kind of big-scale stories that deserve a movie or TV series. Here’s to much success, Ashley!

Like many fantasy writers, I get a ton of inspiration from J.R.R. Tolkien. The more I read his work, the more quotable he becomes. He has left quite an impression on my work and imagination, even in the reasons I write stories.

This will just be a brief instance of that procrastination known as “writing about writing,” before I finally return to the long-neglected bliss of rewriting that fantasy novel and bringing out what I pray will be the story it was meant to tell.

When people began trying to equate his stories of Middle Earth with contemporary events or themes or hot button topics, Tolkien bristled at the notion that he was writing commentary. He was fine with applicability, but current events were not the point. Tolkien had what he described as a cordial dislike for allegory. “I much prefer history, true or feigned, with its varied applicability to the thought and experience of readers.”

That’s largely my perspective as well. He weaved together this world of Elves and Hobbits and noble Men, and made his stories about the characters and their situations. Not about “the dangers of power” or “relationships” or “self-sacrifice” or the other themes some writers will obsess over. Fiction loses something important when it angsts more about theme/meaning than what its particular characters go through. You can’t quite escape from this world when that happens. Fiction loses its intended illusion of reality.

Perhaps I’m too sensitive, but the fact is my jaw sets, and my enthusiasm and imagination begin to shrivel, when fellow readers and writers spend more time discussing the “themes” or “meaning” of a story than they do discussing the tale itself. I had far too much of that in college, where nearly every professor read ideologies into the text, coldly dissecting it and scrutinizing it like a crowd of microbes in a petri dish.

And then I fell into the creative deathtrap again with too much time on my hands after graduation, taking to the blogosphere and reading deconstructions of movies that only served to rob my enjoyment of the movies themselves. I got fixated on the themes and elements and meanings and cinematography techniques when I wanted to focus on the story. Maybe it’s a side effect of ADD. I don’t know.

Thank God this doesn’t happen to everyone, however! One of my friends told me about how this same practice of dissection and examination can enrich his enjoyment of a story. And more power to him for that!

Being a writer, I still have the responsibility to study the craft of storytelling, and knowing how to tell good tales in satisfying ways. For some reason I enjoy that part of the process.

When I’m learning how to improve my own stories, and when my reading of fiction is done not to scrutinize but to enjoy, I get inspired rather than frustrated. That diminished capacity for joy begins to regain its life and color, and its roots plunge deeper. That frame of mind reminds me how much I love creating new worlds and characters.

Don’t ignore the components of a great story, though. If you are a writer, don’t skimp on technique or think that inspiration is all you need. That’s not what I mean to convey. I only mean to say this: Don’t forget the joy of escaping into another world and making new friends through the pages of a book.

This one took about 6 hours to make.

The two figures at bottom right are Kedil Ahmlen (left) and Sathra Wolfglen (right), two characters from my books. I might find a place to put this scene.

The slope climbed up and up, bordered by steep ridges that protruded like harsh granite ribs around the mountain’s belly. Snow swept back and forth between the ridges in a white river. Nearer to them, the occasional pine tree poked up from the frozen plain. Perfect place to get caught in an avalanche, Sathra thought.

A blue guard tower that must have stood a hundred feet high rose against the nearest fold of rock, a lighthouse about to be toppled by a brutal wave. Every window was alight, and Sathra entertained the fantasy of stopping for the night. She shivered in her cloak, colder for tempting herself.

“I know what you’re thinking,” Kedil said, drawing her own cloak closed with a shaking hand. “We cannot stop. Tonight, we must climb.”

Copyright, of course, belongs to me.

The dinosaur is a Parasaurolophus, a duckbill or “Hadrosaur” from North America.

Obviously I don’t mean I can paint half as good as Ross. That would take several lifetimes and a lot more patience. It’s just the kind of style he often did in his paintings, with a diluted light source, trees, and a waterfall. Ross would probably hide behind the happy little trees when the happy little Velociraptors broke loose.

Forgive me for disappearing for such a long while and not having much to contribute. I have managed to get some more paintings finished and shared with other people. This is the painting I am most satisfied with, so I wanted to share it with you (and I’ve spammed Facebook with it enough).

Anyway, I will be returning to this blog when possible. Instead of ruffling more feathers than I already have, I’m going back to basics: share my writing and paintings, and talk with all of you. It’s been a roller coaster year for me, but let’s see if we can get this blog back on track. Thank you all for your patience, and may God bless your new year with incomparable riches.

Well, it’s finally time to return to the things worth paying attention to.

God’s creation is absolutely wonderful, and Colorado has plenty of it to offer. As terrible as the floods and fires have been, Colorado is not only home to hell and high water. There is still much beauty and fascination to be had at the feet of the Rocky Mountains. Here’s just a little of it that I managed to photograph. I hope you enjoy it. By all means, go outdoors and see what early autumn is bringing your way. 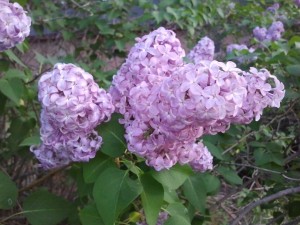 I think this is a young spadefoot toad.

Have a lovely day, and God bless!